​Bursa was the first capital city of the Ottoman Empire and a witness to very early developments both in culture and architecture. It's a modern thriving city with many historical sites dating back to the Ottoman time and even earlier. It is south of Istanbul across the Sea of Marmara and due to its location one of the must-do day trips from Istanbul.

The city is associated with one of the highest peaks in turkey Uludag, the Bithynian mount of Olympus, and many times called Green Bursa from the surrounding forests. I visited Bursa from Istanbul and in this blog, you will find all the information for your perfect tour of Bursa.

How to Use This Map: Click the Tab on the Upper left corner of the map to view all places of interest marked in the map. You can show or hide the places by check/uncheck marks. By clicking on the Star in the upper corner next to the name of the map, you can add this map into your Google maps to view it on mobile or computer. It will be saved under "Your Places" under the Menu. ​​

How to Get to Bursa

Bursa is approx. 160 km from Istanbul and ideally should take around 2 hours (from the Asian side of Istanbul). The traffic in Istanbul is a nightmare and sometimes can take hours to cross the bridge connecting Europe to Asia. The highway from Istanbul to Bursa is perfect.

​The ferry is the most common and widely used method of getting into Bursa from Istanbul. There are two ferries IDO and BUDO (check their websites for actual ferry time tables). I took BUDO ferry (39lira or 4$, credit cards are accepted) which is in Eminönü/Sirkeci just across the bridge from Karaköy. I wasn't staying too far from Galata Tower and the ferry terminal was only 15 minutes walk from there. There is also a tram which stops near the ferry terminal.

The BUDO ferry arrives in Mudanya (approx. 2 hours) and from there you can take a bus to the city centre. You have to buy the tickets (1 lira) from the small kiosk which is right next to the where the buses are waiting for the ferry passengers outside of the terminal. Don't forget to ask the driver whether the bus is going to the old town to avoid taking the wrong bus. 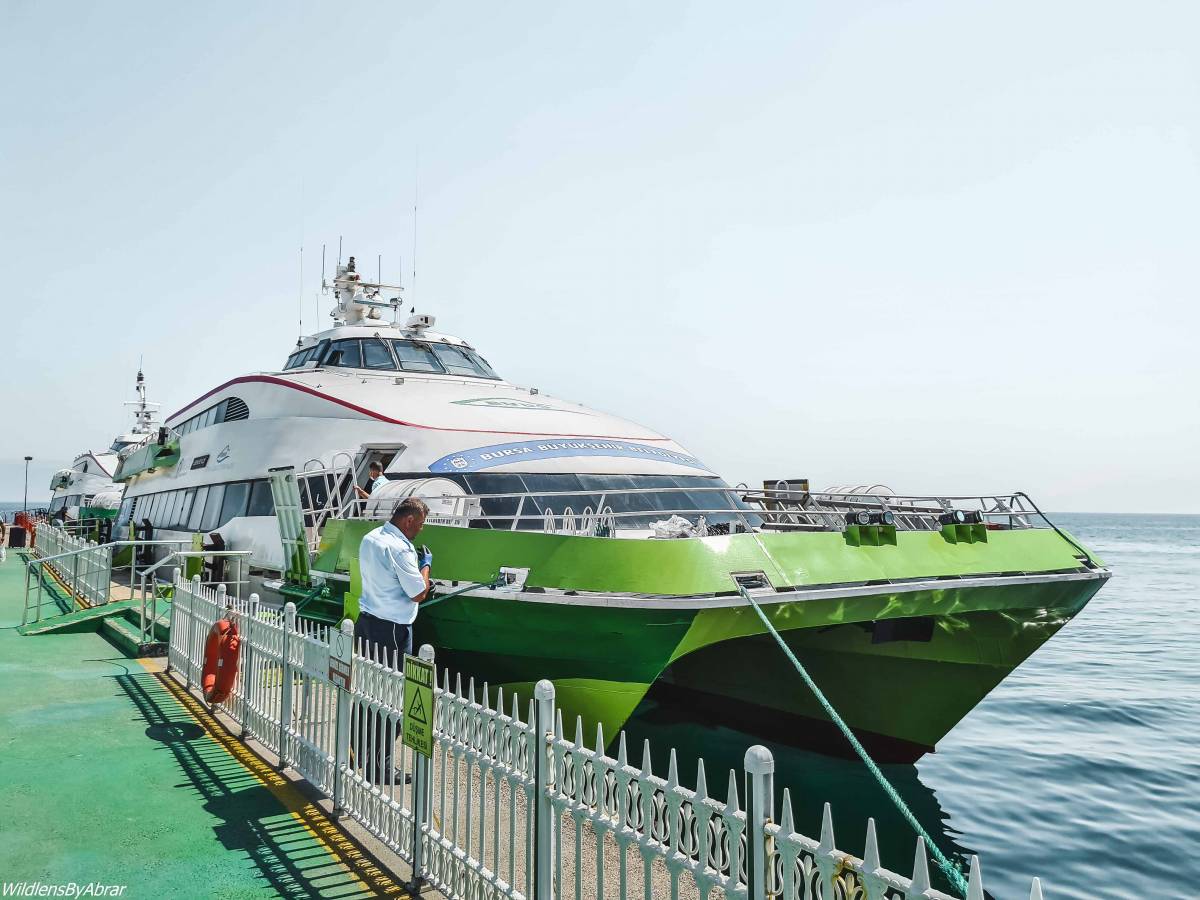 BUDO Ferry from Istanbul to Bursa

​Bus is another excellent way to travel to Bursa. The Bursa bus station is outside of the city along the highway and easily accessible by taking a bus anywhere from the city centre. The bus station is huge and there are a number of different operators connecting Bursa to other cities. I took Pamukkale bus from Bursa to Istanbul (approx. 70 liras or 8$). I had a very good experience with it and I can recommend their buses. They also offered snacks and drinks included in the fare. 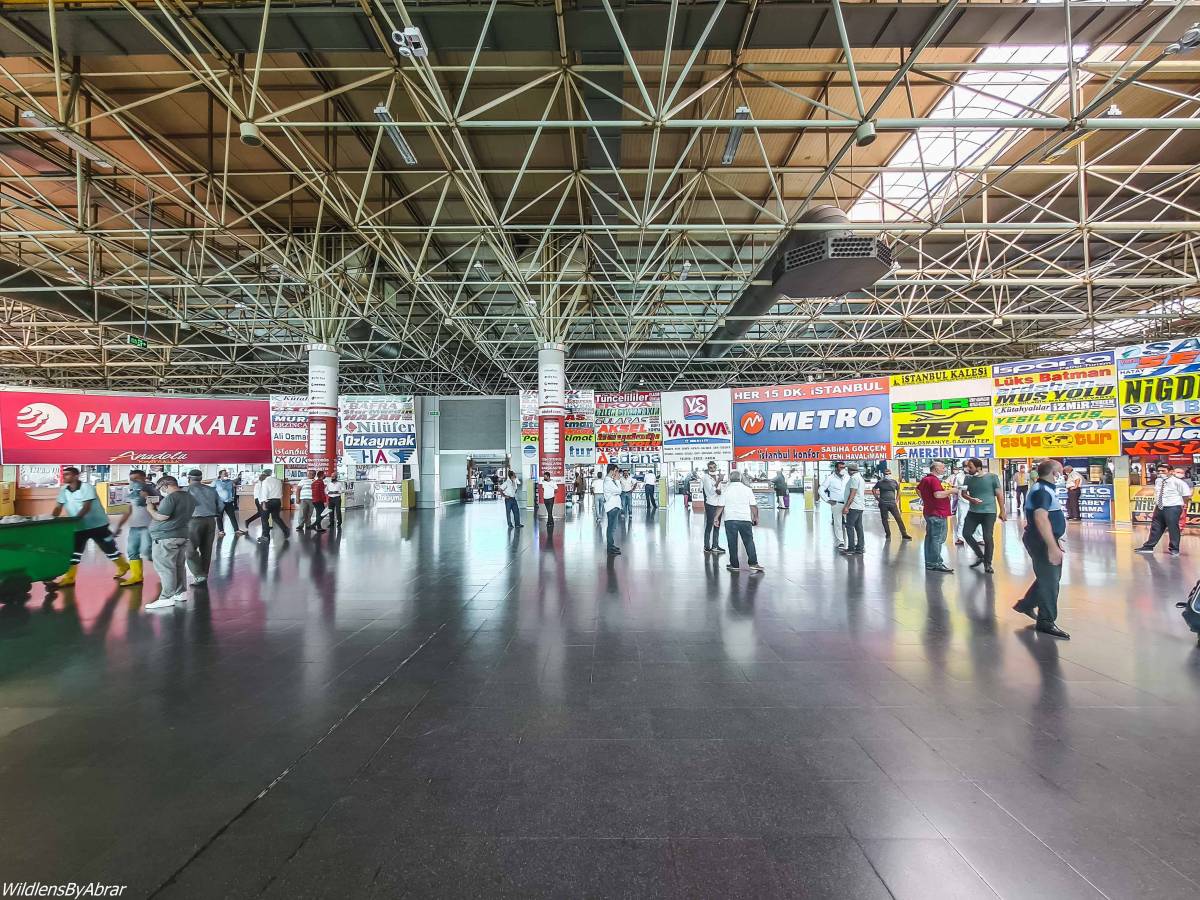 
Things to Do in Bursa

This grand mosque of Bursa, built between 1396 and 1399, is a historical mosque in the city centre and ideally, should be the first visiting spot in the city. The mosque is a mixture of Ottoman and Seljuk architecture and one of the most beautiful mosques in Turkey famous for its twenty domes and calligraphy wall inscriptions dating back to its construction. The main dome is made of glass and sunlight coming from it illuminates the interior. The great mosque is known mostly for the calligraphic panels that adorn its walls and the fountain within the mosque whose beautiful sounds contribute to its soothing environment. 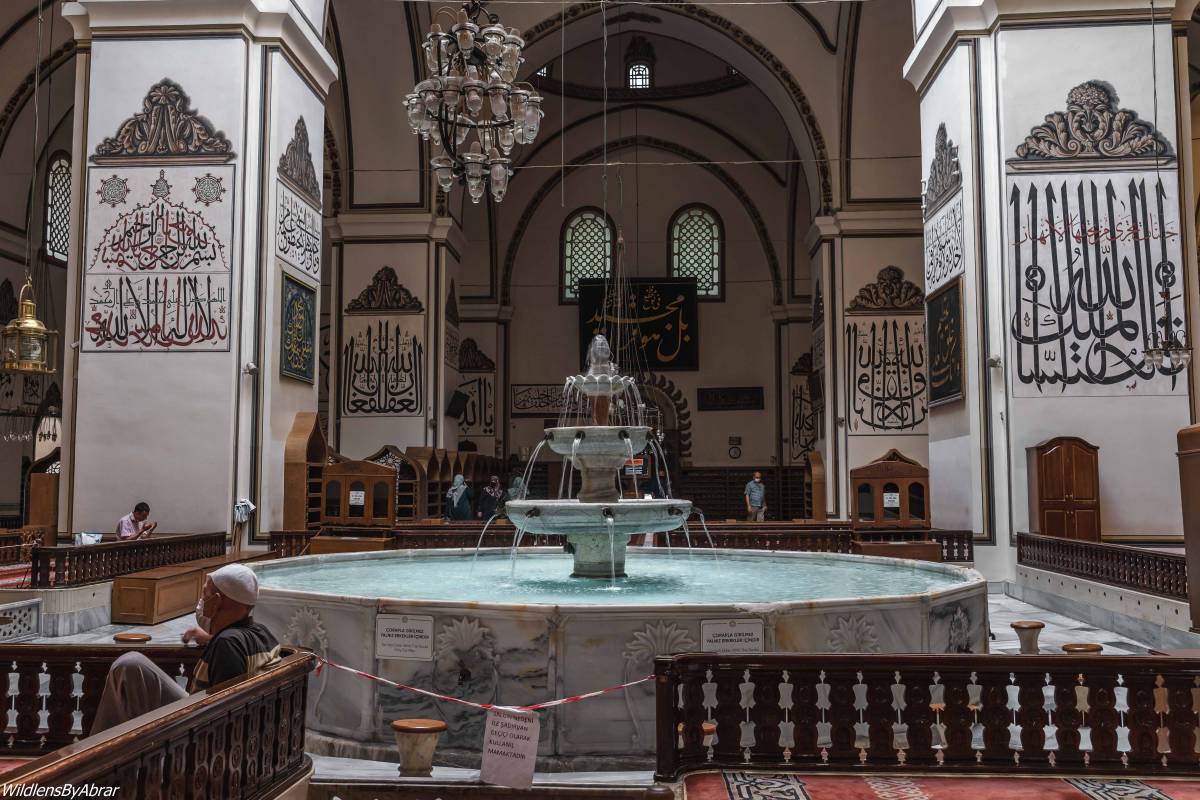 Fountain under the main dome of Mosque 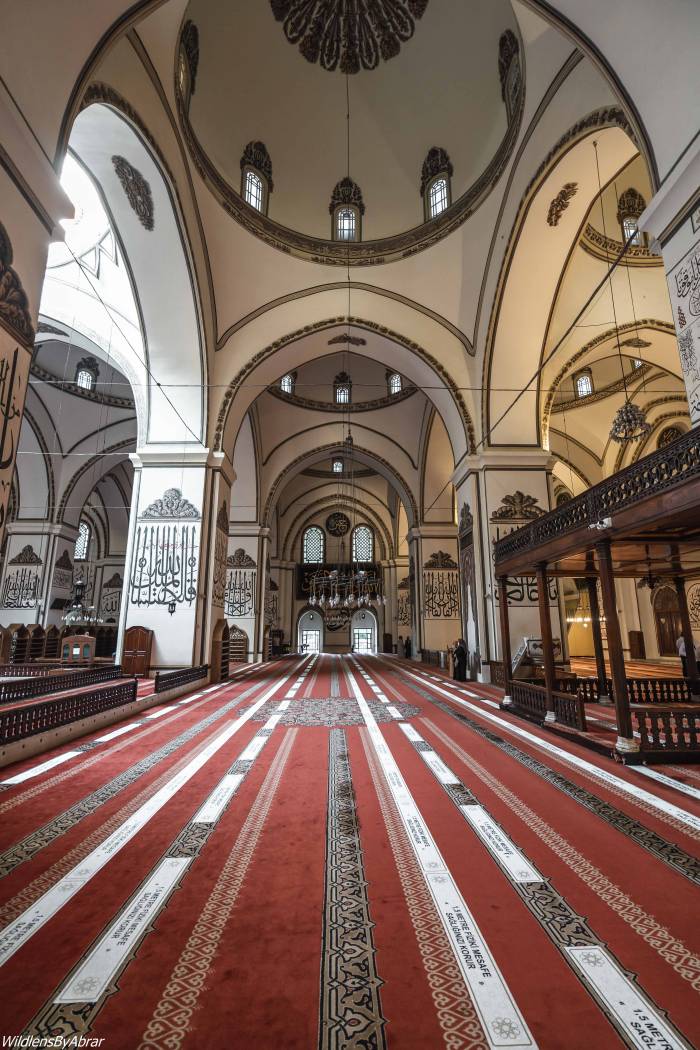 Domes of Grand Mosque of Bursa 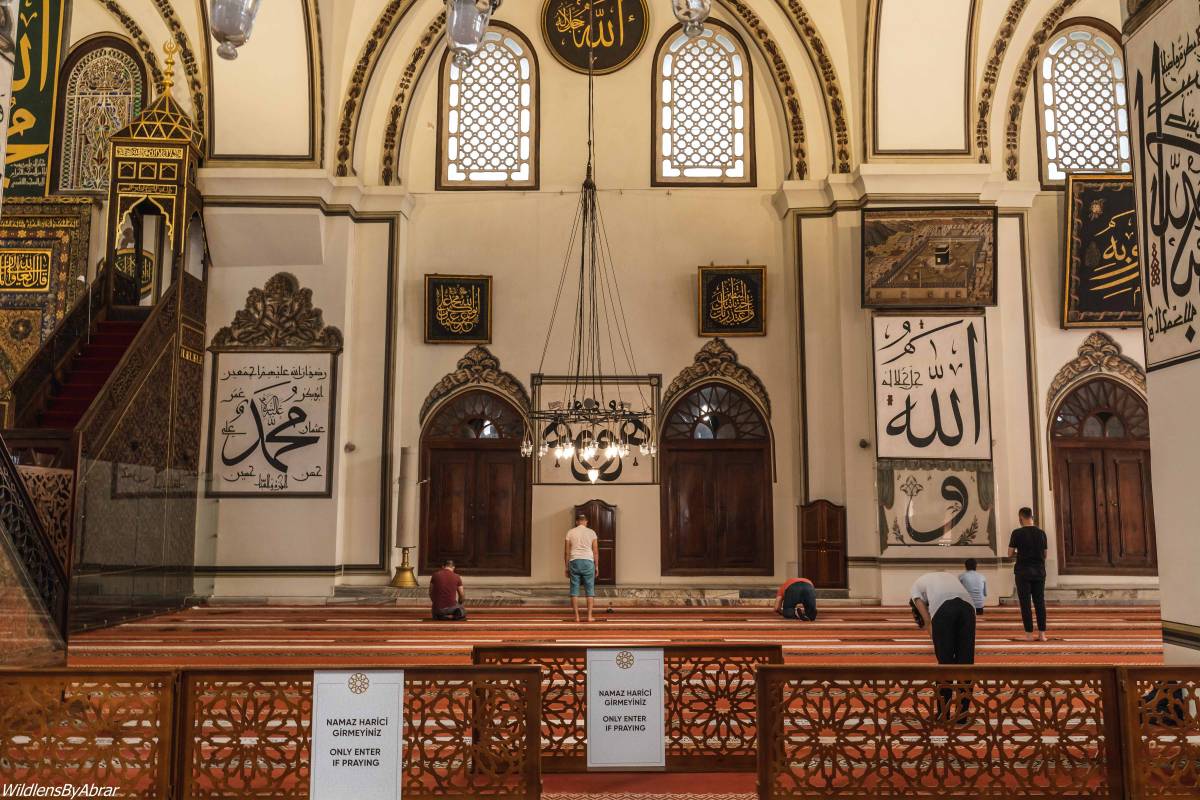 Beautiful Calligraphy on the Walls of Grand Mosque

A historical place located on a hilltop overlooking the city of Bursa is where Sultan Osman Gazi I, the founder of the Ottoman Empire was buried after the conquest of Bursa. There was originally a Chapel belonging to Saint Elias Monastery which he called silver dome and the Sultan desired to be buried there during the siege of the city. Next to Osman Gazi tomb, also lies the tomb of his son Orhan Gazi who conquered the city of Bursa.

Tomb of Sultan Osman Gazi I

This area is a park offering panoramic views of the city, clock tower and the Imperial Gate with walls. There is also a small restaurant and cafe (affordable prices). 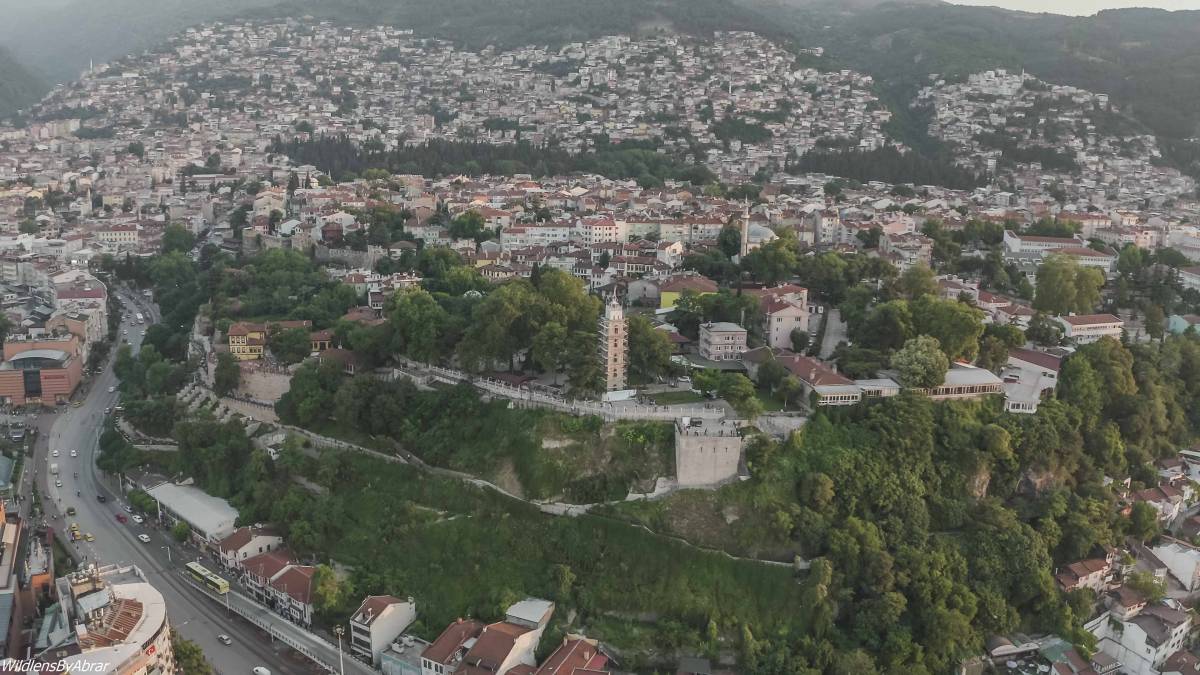 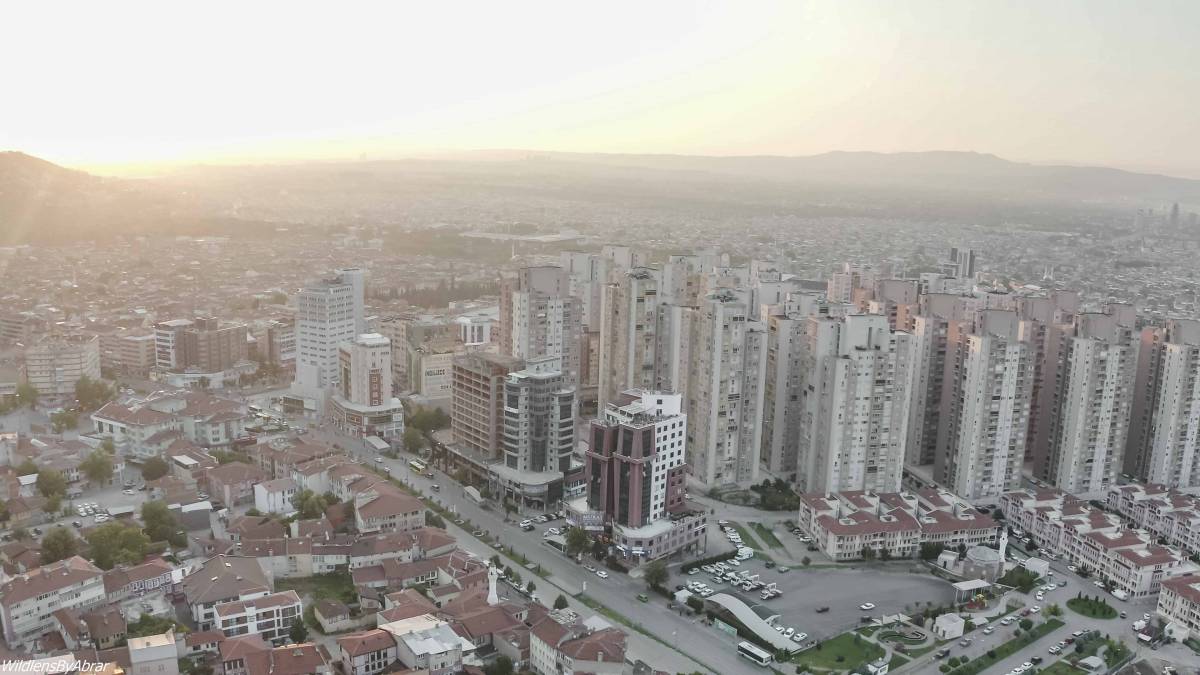 ​Koza Han is a historical caravanserai located in the old town surrounded by old bazaars. Bursa was famous for its silk and was the centre of trade under the Ottomans. Koza Han provided lodging for foreign merchants, storage of their animals and goods along with housing for the workers.

It is built in a square form with two floors and a small mosque in the centre of the square. The ground floor is all cafes and restaurants with shops on the first floor. It is a good place to sit and relax drinking Cay and observing the visitors. 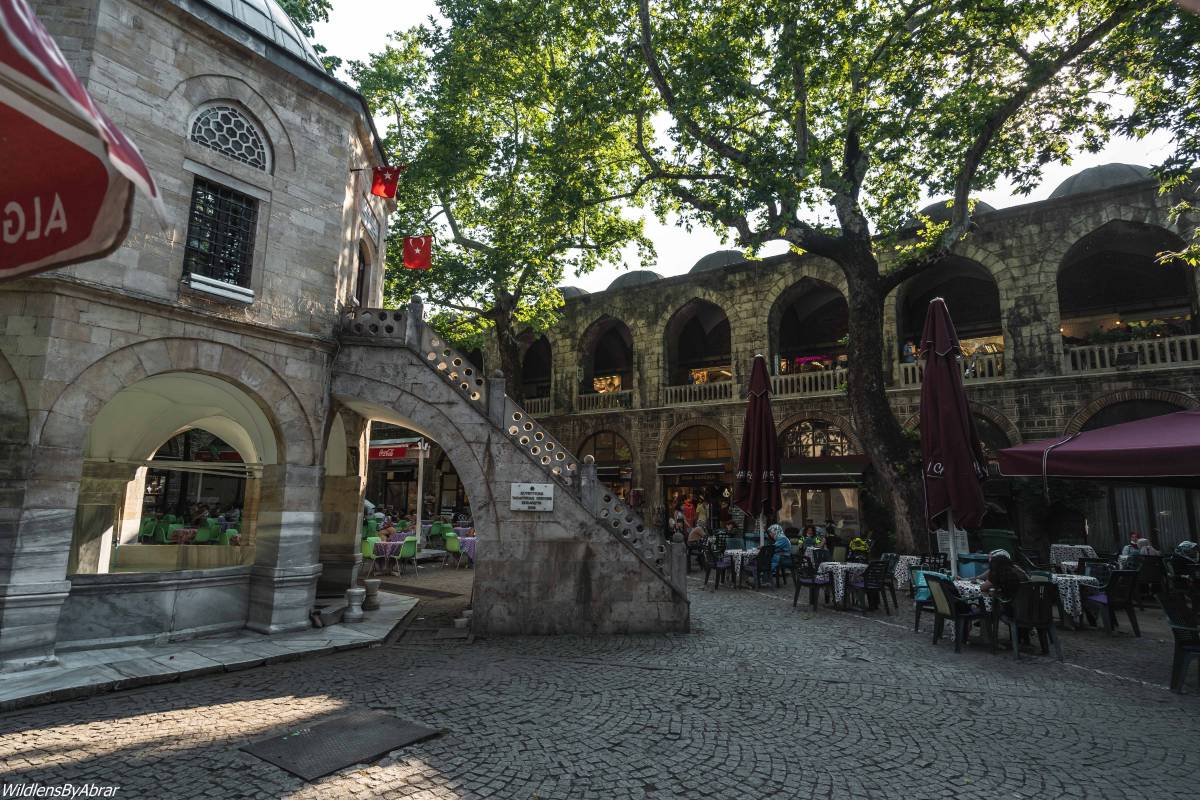 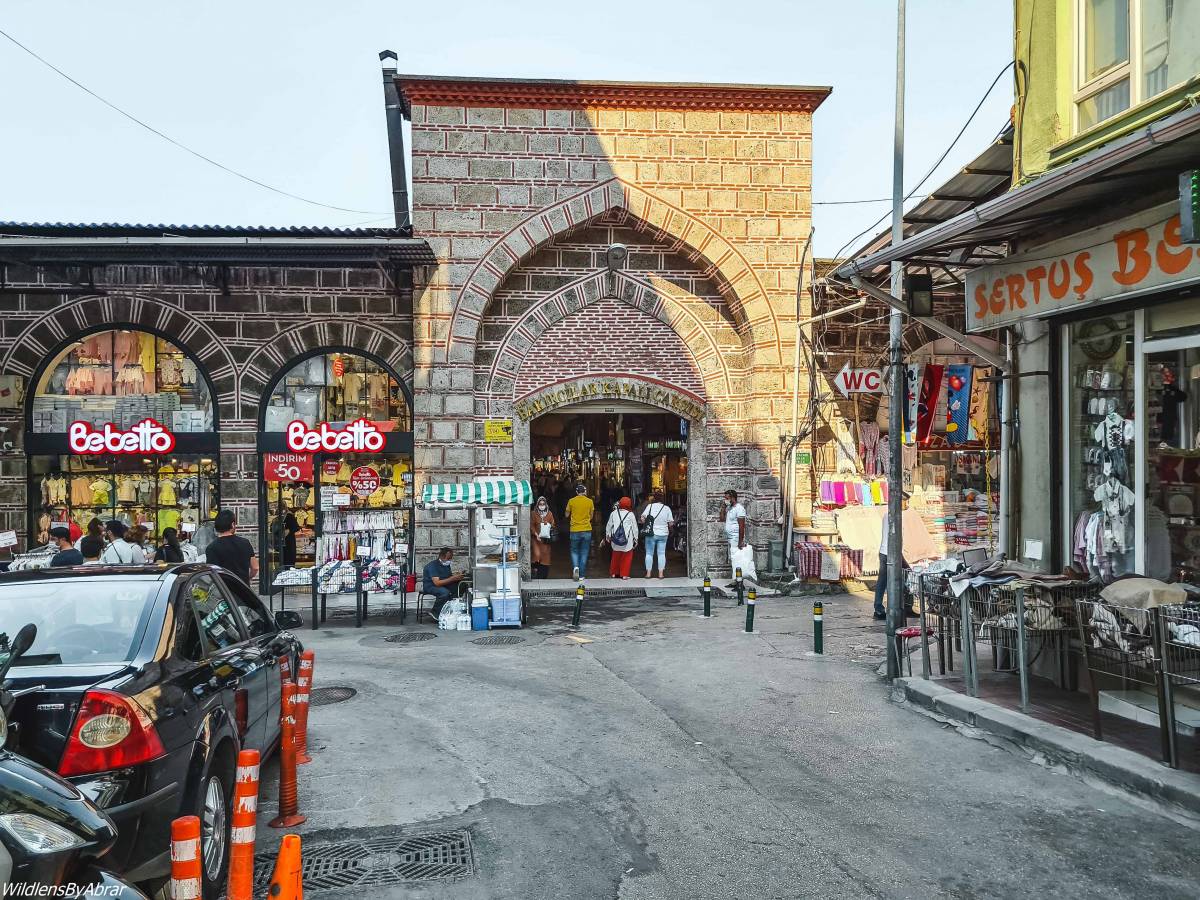 Entrance to one of the Bazaars of Bursa

This is another great tourist attraction. Yesil means green in Turkish. It is a reference to the green exterior tiles that make the hexagon landmark distinguishable. This 15th century respected landmark and mausoleum belongs to the fifth Ottoman Sultan, Mehmed the 1st. Built by his successor and son, it sits hand in hand with a mosque of the same name. The interior is also a beautiful example of Ottoman craftsmanship, and the splendour of shimmering green tiles illuminated by enormous chandeliers.

The easiest way to get to Uludag is on the Bursa Teleferik (8 person cable car), that rides to the top of Mount Uludağ and takes about 20 minutes and is full of mesmerizing and beautiful views. Beside admiring the views of the landscape from a height of 2000 meters, there are summer activities as well that include camping, quad biking, and trekking. In winter, you can go for snowboarding and snow safari tours. 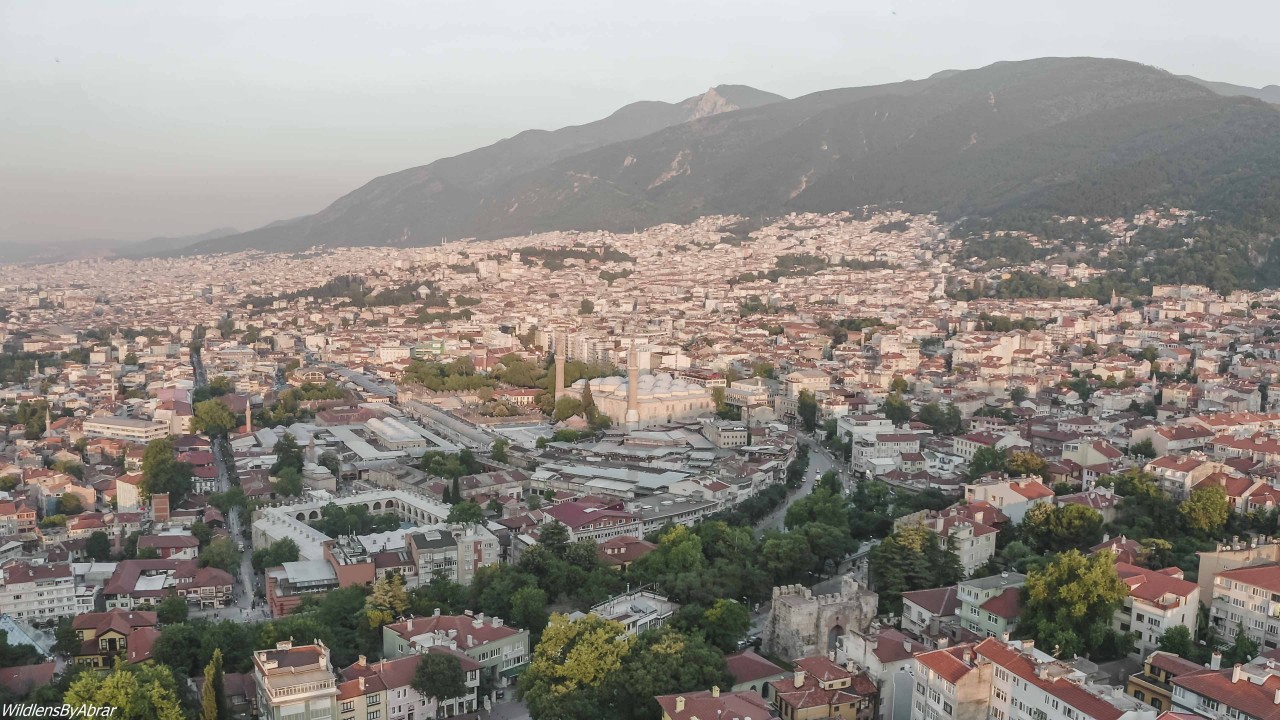 City of Bursa and Uludag Mountains in the Background


What to Eat in Bursa

This dish originated from Bursa. It is made with thin pieces of grilled lamb, generously topped with melted butter, yoghurt, tomato sauce and folded into pita bread. Try the kebabs at İSKENDER Tarihi Ahşap Dükkan but be prepared for a long wait. Kebapçı Hüseyin is another place for Iskender kebab and kofte (meatball). Han Çay Ocağı is a comfortable tea garden that resembles the ambience of Ottoman's dining.

Where to Stay in Bursa

There is certainly no shortage of accommodation options in Bursa for all budgets. I would recommend staying near the old town to be close to all tourist attractions. I stayed overnight near to the Grand Mosque in Waha Hotel owned by a very friendly gentleman from Syria. It was very clean but not too expensive.

Tags:
ottomans empire things to do in turkey day trip from istanbul turkey bursa
How to Spend a Perfect Day in Edirne Turkey

How to Spend a Perfect Day in Edirne Turkey